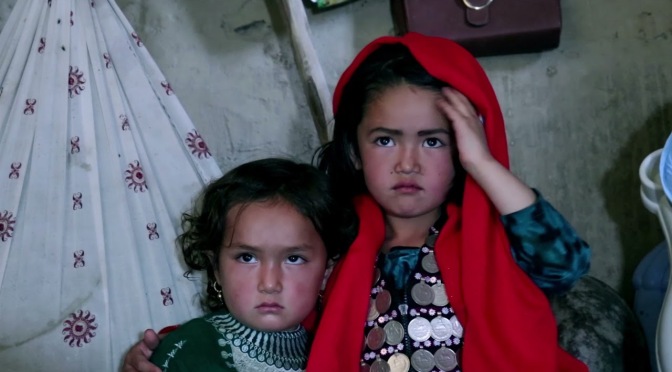 Children honestly work together with their teammates as a family under one roof to play their children’s games. It does not take a moment for a terrorist to come into the room and destroy all their ideas and aspirations, and by doing so, the minds of each of them are affected and leave a negative impression. In short; terrorists in Afghanistan take the children’s smiles hostage and instead record images of war and bloodshed on the minds of each of them in order to spread their savagery.

Khadim Hussain Byhname studied cinema in Kabul university. Till now he has been making short films on children, andwon many national and international awards and letters of appreciation from major international festivals such as Algeria Digital Gate, Indian KIIFFA, Turkish Brotherhood, Nominated German films, London Amo Media, Didor Thajikistan, Australian Gone, BBC Aparat, California Women and awards at major national festivals such as Herat Women, Human Rights, Mehregan, New Look and Afghan Animation. He is the author or co-writer of the screenplay of all the films he has directed, most of his works are a combination of bitter comedy with child and women themes.

Since you all know about the situation of Afghanistan, that how the situation of war is going on, and also how is the political atmosphere, also some other issues really caused the economic of my country. In addition to that, in a situation like right now, people are only thinking how to survive, because there is no security and safety, plus there is not stable economic. But me and my teammates followed our dream and goals, while the situation of art and artistic activities are very difficult in this situation. It’s because there is no safety to travel and also there is not enough money to spend for our works. However, we always had and also will continue toward the target, and we are struggling for bringing changes, even though the field of production is blocked for us (Afghans). But we keep struggling and standing in the route of art by tolerancy of hardships and challenges. By having all this difficulties and shortcomings we are still working hard to introduce the Cinema for the people around the world. Me and my collogues/ teammates are trying to express our people’s pains and their hardships by our Films for the world. Specially the pains that my people were suffering in the past times and these matters have been continued for so many years and still going on.
Dear audience and friends, for us actors and actresses here in Afghanistan, we don’t have issues on our plans, and production, but we do have equipment shortcomings. When we are making a film even, we don’t have a basic camera and other related accessories to use them for producing film. Sometimes we are borrowing a camera from friends or renting for few days. It’s because the equipment’s are very limited for us here in Afghanistan. It is good to mention, most of the time we don’t have electricity to charge our camera and computer. Specially the place that I am living now it is a village that lacking electricity and internet. Overall, all our stories are very sad stories, all we have here is wars, poverty and sadness. In this dark moment your encouragements are such a hope, happiness for us that really impact us and changes our life to work harder and harder. I am so happy that I am here now, and it is very honor that I am seeing myself here among all of you from a long-distance way Afghanistan.