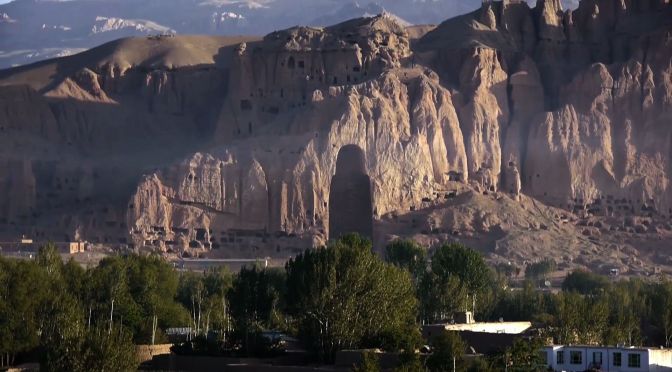 Little is known about Afghanistan, apart from a few clich.s, the word Taliban, and a war which seems never to have stopped since the Soviet Union and the turning point reached in 2001. How can one do justice to a devastated country in a state of permanent conﬂict, and to its deeply afﬂicted population?

With this ﬁlm, Sepideh Farsi took up again the documentary format she had started with, and using only one camera, she embraced the beautiful task of reaching the very heart of the country.  First, at the French Embassy in besieged and barricaded Kabul, where death and perils await in every building, at every street corner. Then, using her knowledge of Dari, a language close to her mother tongue, Farsi, she endeavoured to travel across the country.

Meeting people along the way, she engaged in conversations with them, in a gentle and empathic fashion. In cars, with embassy or taxi drivers; on pathways, with workers or veterans from the ﬁght against the Soviets, or with a young woman longing for independence; in the troglodyte homes of displaced farmers near Bamiyan, or in the house of an aristocrat and former diplomat; with demonstrators.

Always paying close attention to these people’s words and presences, to their bodies and environments, Sepideh Farsi painted in successive slight touches a whole gallery of portraits, all haunted by traces of History and ﬁlled with longings. Scrap after scrap, this uncritical, delicate and subjective patchwork aims at lifting the seven veils – from the legend told as an epigraph to the ﬁlm – that cover the country.

Sepideh Farsi was born in Tehran in 1965 but left Iran in 1980 and went to Paris in 1984 to study mathematics. However, eventually she was drawn to the visual arts and initially experimented in photography before making her first short films. Her first two features Dreams Of Dust and The Gaze premiered at Rotterdam in 2006.
Farsi was a Member of the Jury of the Locarno International Film Festival in Best First Feature in 2009. She won the FIPRESCI Prize (2002), Cinéma du Réel and Traces de Vie prize (2001) for Homi D. Sethna, filmmaker and Best documentary prize in Festival dei Popoli (2007) for Harat. In December 2009, Tehran Without Permission was shown at the Dubai International Film Festival.