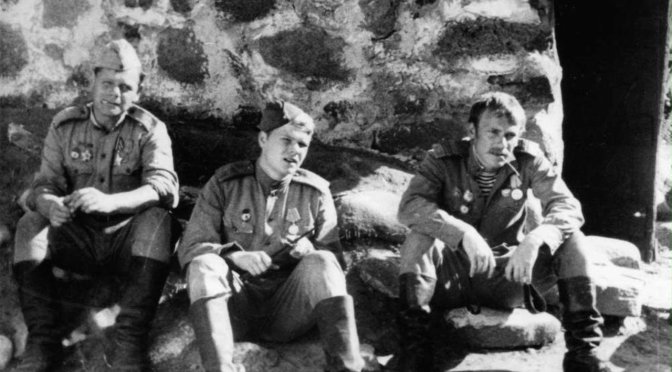 A preamble of horror: airplanes fly over cities dropping bombs, soldiers shoot from windows of ruined buildings or run with guns through debris-filled streets, explosions pulverize the public space. After the ominous introduction comes its opposite. A group of Red Army soldiers take a break and relax at a German farm. War is over and the soldiers laugh, relieved and cheerful. However, one night the whole platoon goes out patrolling and they find the architectonic aftermath of fear. A concentration camp stands empty, abandoned. A few country dwellers appear who still hope to find their arrested relatives.

The lucid and solidary dialectic established between archival material and fiction reinforces the gravitas of each image, dismissing indifference and equanimity. War films, when they are good, reject any trace of satisfaction in relation to the war enterprise; they do not worship militarism. One of the greatest films within the war genre,  It Was in May warns—in a surprising ending in which stock material is used, once more, to alarming effect—about the relation between war and the economic system, and states the greatest risk for historical memory: to transform hideousness into a museum piece.