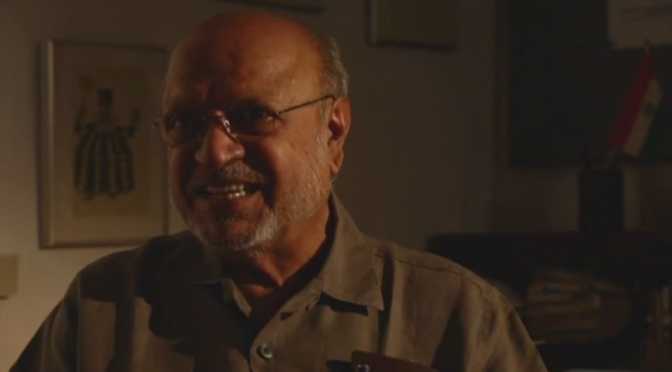 A documentary on the films of Shyam Benegal, that explores the
time, ethos and concerns of the New Cinema Movement in India
through his oeuvre. A pioneer in the New Cinema Movement,
within the Hindi film industry, Benegal’s career spans four decades of consistent work. The film is a foray into the mind of this great filmmaker and an attempt to understand his motivations and impulses for making cinema.

Iram is a Delhi based filmmaker and artist working on moving image, sound and text. Her work has been shown in several international art and cinematic contexts including the Berlin Film Festival, Experimenta India, World Social Forum and ISEA among others. As a member of the Media Lab at Sarai CSDS between 2004 and 2011, Iram was part of several experimental and multi-disciplinary processes and collaborations. Her first documentary essay film There is Something in the Air is the winner of several awards including the National Award for Best Direction and Best Editing.