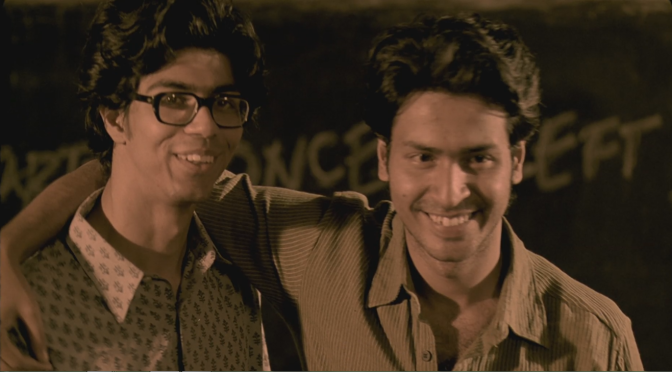 Year :1975, City : Calcutta. Sudipto, a college fresher, searches for the meaning of life with his friend Monty. Monty is a leftwing student leader whereas Sudipto is apolitical, immersed in chess, literature and music. A state of Emergency is declared in India, and Sudipto’s life changes.

Born into a Bengali Middle class household on 29th February 1984. Being an ardent admirer of Cinema, it was just the same dream to be on the creative process of this 20th Century art form. A lover of the works of Billy Wilder, Otto Preminger, John Ford, Satyajit Ray, Vijay Anand and Alfred Hitchcock, Rakshit is an alumnus of Film Direction Dept. at Satyajit Ray Film and Television Institute, India. “Key Square” is his diploma film.