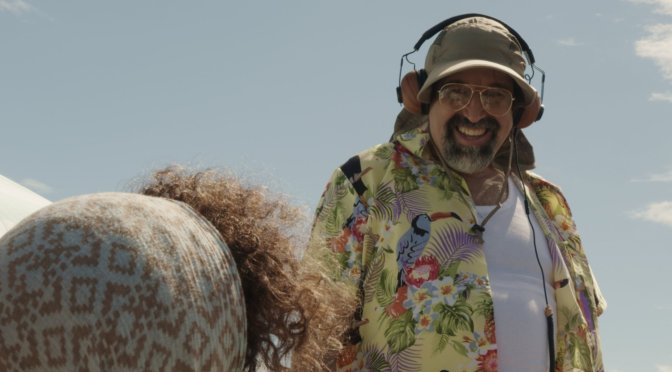 Simon suffers from Asperger’s syndrome, but that doesn’t stop him from trying to communicate with Valeria, a deaf-mute girl who regularly visits the same lonely beach as he does.
Simon loves to search for lost treasures with the help of his metal detector, and is fascinated by Ferris wheels, although he has never been on one. Valeria would like to be able to get off the one that afflicts her heart.

NORIA is his third short film in film directing. She also signs the script of this and her previous works; VESANIA a short film shot in black and white that has successfully traveled to festivals and with Roberto Alvarez as the male protagonist, and LLANA NEGRA, short film starring Ingrid Rubio and herself. This second project won the Silver Biznaga in the section ‘Affirming the right of women’ at the 25th edition of the Malaga Festival. Elisabet is an actress and since 2012 she runs the film production company IMMINENT PRODUCCIONS with her partner Jose Pozo. That’s where her passion for directing was born, in which she is involved in addition to acting.