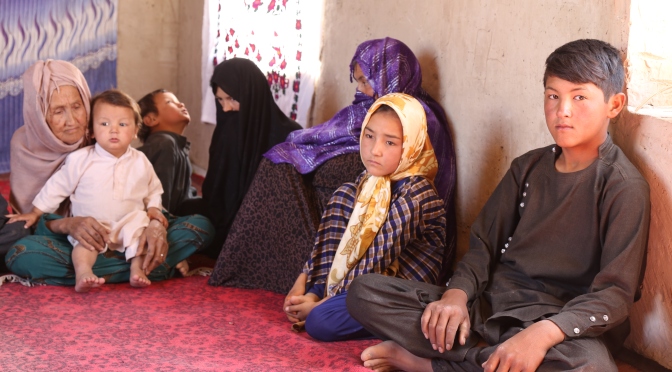 Life Among War Flags is the narration of war from two perspectives. At the beginning of documentary, the camera accompanies the army into regions under control of government; and then it narrates the war from the interior view of the Taliban.

ISIS members from Turkey, Indonesia, Uzbekistan and some European countries who were interviewed in the Taliban’s secret prisons, provides another fascinating chapter of the documentary. When the war between Taliban and ISIS in Darzab (the most southwestern district of Jowzjan Province), finally ended after 58 days of conflicts with victory by the Taliban, he was able to enter to the sectors liberated from ISIS domination.

Mohsen Eslamzadeh the Iranian documentarist was born in 1980. He has lot of activities around art issues during more than 12 years. Eslamzadeh started documentary filmmaking in Sistan and Baluchestan of Iran and he could direct documentaries in Afghanistan, Pakistan, Libya, Syria, Iraq, Lebanon and Venezuela. His distinguished documentaries are “The Sunnies of Iran”, “Mothers of the Revolution“, “Mysteries of Abu-Salim Prison”, “In the name of Liberty” and “Looking for Peace“. He participated in few film festivals such as: “Fajr”, “Cinema Verity” and “Rooyesh” in Iran, “Aljazeera” in Qatar and “Human Rights” in Spain and he awarded in some of them. In 2015 Eslamzadeh injured during documenting a film about Takrit in Iraq; but he came back to directing after a while. “Alone among the Taliban” is the last film of Eslamzadeh, that it was a unique experience as he could attend among the Taliban of Afghanistan.

2 years after making my documentary “Alone Among Taliban” I decide to travel to Afghanistan once again. It took 2 months during the summer 2018 to make my latest documentary, “Life, Among War Flags ”.

The documentary has been filmed in a very difficult security circumstance. The lives of both me as the filmmaker and cameraman were at risk of being killed by either the Taliban or the Afghan army, if not by American drones. In the final segment, during which I decide to go to Taliban’s secret prisons to interview ISIS members, I accept those risks. Indeed, some months later US commandos would invade these prisons and kill many of the Taliban at the scene.