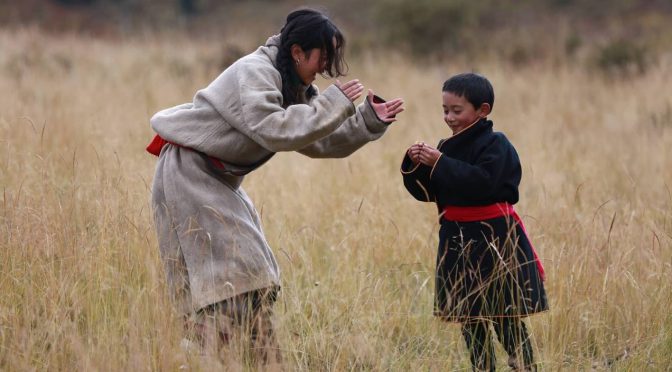 Gelak is an illegitimate child, living with her mom Samdan alone in a distant Tibetan village, where women are not allowed to join the Sang Offering to the Sacred Mountain. Samdan has always relied on men for a living, and Gelak has been treated as a vicious witch by the villagers. Fed up with the prejudice she has to face growing up, Gelak decides to challenge the traditions and fight for herself.

Based on the award-winning novel by the famous Tibetan author A Lai, Wind unfolds an authentic painting of the astonishing landscape and the ethnic culture in Tibet, enpowering women on the plateau.

Born in Songpan, Sichuan, Dadren WANGGYAL holds a degree in Film and TV Production from the Communication University of China, and a postgraduate degree in Photography from the Beijing Film Academy. Dadren has 6 years of experience as press TV cameraman, and is the first Tibetan director who enters documentary projects in CCTV.

His documentary Little Monks Spring Festival was nominated as the Best Documentary at The 9th FIRST Film Festival.