“I WAS NOT JUST DOCUMENTING OUR HOUSE, BUT ALSO A CULTURE WHICH IS SLOWLY ERODING.”

Achal Mishra’s potent debut “Gamak Ghar” won the Manish Acharya Award for New Voices in Indian Cinema at Jio MAMI Mumbai Film Festival with Star 2019, deservedly so. He has successfully emerged as an interesting voice in the independent Indian cinema with his first feature that harmonizes itself with the stories about us or the stories attached to us by reflecting the transformation of the events of the present to the bittersweet memories of the future. In our interview with Achal Mishra, we asked the young passionate mind to deconstruct his perspective on one of the best Indian films of the year so far and understand his approach to the craft, as well as his inspirations.

How did you conceive the idea of Gamak Ghar?  What were your primary inspirations behind it?

It was a coming together of a couple of things. The first inspirations were the cinema I was watching (Hou Hsiao-hsien’s coming-of-age trilogy and Hirokazu Kore-eda’s family dramas) and the literature I was reading (Amit Chaudhuri’s novels of quotidian detail). I wished to do something on similar lines, set in our ancestral home in the village, but perhaps at some later time, because I felt I wasn’t ready yet to take on such a project. Then one day, I made an impromptu visit to the village, and there were all these double-storey houses being built on empty lands;  our house too was in talks for being renovated. I felt if I had to make something there, it had to be done before the landscape changed completely.  There seemed to be a certain urgency to it suddenly.  It started with the decision of making a short film there;  my co-writer Anubhav and I started bouncing off ideas and somewhere in the process the idea of a three-part narrative came about, and we accepted that it could only be a full-length film. Then while writing and researching, I also realized that I am not just documenting our house, but also a culture that is slowly eroding, and which hasn’t been recorded properly hitherto.  I had also recently seen David Lowery’s beautiful film ‘A Ghost Story‘, a very different film from ours, but I think it influenced my working with a particular space and time. 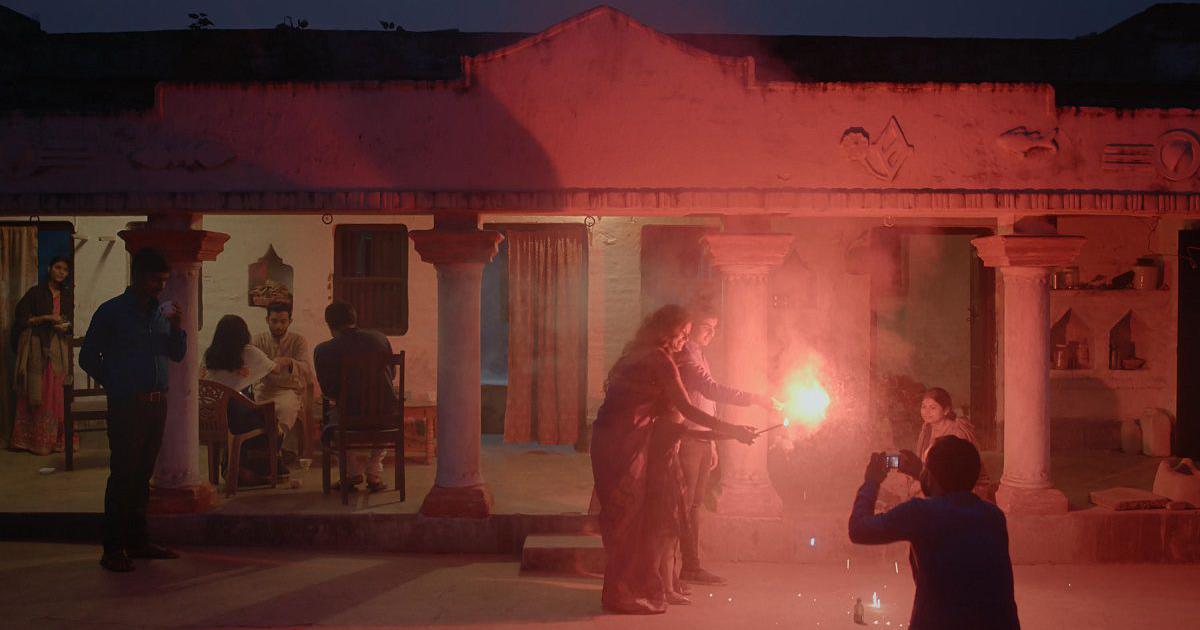 How personal do you find the film to be?

The foundation of the film is personal.  The family in the film is based on my own family. And the first part of the film comes entirely from memories, mostly my own and some borrowed from my cousins.  During pre-production, we referenced a lot of my old family photos for costumes, production design, and staging. A couple of scenes were even recreated from the photographs.  The trajectory of each character through the second and the third part is fictional, however.

As far as I understood the film, it didn’t seek to make any comment but allowed it’s audience to relish an experience they find themselves closest to. How do you wish your audience to approach the film?

I have been asked this question before, and my usual response to this has been that I want the audience to feel as though they are flipping through someone’s old family album — close but not a part of it.  But I know this answer comes in retrospect, now that the film has been shown to an audience and a few reviews are out. But honestly, at the time of shooting the film, I had no idea. It felt like a risk we were all talking: there were no primary characters, no narrative. At the same time, I also feel that an artist’s job is not to tell people how to feel, but to try and express what we feel. 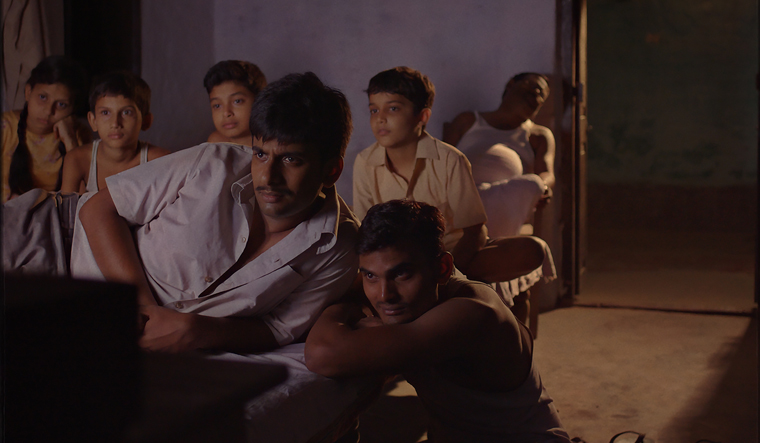 What are your sources of influence in filmmaking?

Films from our side of the world, i.e the East, have had a much bigger influence on me than say European or American cinema. When I started making films, I was watching everything. I went to London to study, and that’s where I first chanced upon the films of Hou Hsiao-hsien and Hirokazu Kore-eda.  I had never thought films could hit so close to home, it felt like a discovery. And then there was the master of them all: Yasujiro Ozu. Watching them made me unlearn a lot of things. Abbas Kiarostami, Nuri Bilge Ceylan, Edward Yang, Mike Leigh, and Satyajit Ray are some other names that come to mind.

The aspect ratio was changing throughout the film. What was your rationale behind it?

Firstly, it has to do with the changing time periods. Along with that, we wanted the three parts to have distinct moods.  We treated the first part of the film like a nostalgic memory, and the 4:3 frame allowed us to shoot it like old photographs. The frame is mostly always filled with people. Then we move on to 16:9 in the second part, and negative spaces start appearing. The last part is the stark reality of the present, and with the 2.39:1 ratio, you see the full breadth of the house, and the emptiness becomes even more evident.

You spent some time in Japan to learn it’s culture. Tell us about your experience and how did it impact your approach to the craft?

Unfortunately, I haven’t spent a lot of time in Japan.  I just took a short ten-day trip last year. I have made long visits to the country only through its literature and cinema.  Yet, I cannot say I have learned everything about their culture.  What I have learned is a certain acceptance of things — of transience or impermanence. During my ten-day trip, however, I got to visit Yasujiro Ozu’s grave, so I can happily say we had his blessings for Gamak Ghar. What were the main challenges you came across while in the process?

I’ve been somewhat an outsider in the village, and to our culture in general. I was sent to a boarding school at an early age, so most of my formative years were spent away from my hometown.  It took me quite some time to learn our language Maithili. So when I started shooting Gamak Ghar, working with local people in the village, I realized there’s so much that I don’t know. There seemed a gap in the reality of the village and my interpretation of it, which I wrote sitting in my Bombay flat kilometers away.  So I decided to use the script only as a starting point and to not strictly adhere to it. The challenge then was to strike a balance between having control (mise en scene) and letting go (improvisations in acting, dialogues), so that it doesn’t become either too staged or too documentary-like.

What are your plans for the future or How do you want to grow as a filmmaker? What stories do you seek to tell?

I just wish to keep learning and experimenting with every new film I make. Gamak Ghar was definitely a film school for me,  but I hope every next project remains as challenging.  As for the stories, I find myself attracted to the ordinary, everydayness of my own experienced reality, but again I wouldn’t like to restrict myself to that.

This Interview with Achal Mishra was a part of HIGH ON FILM,s MAMI coverage