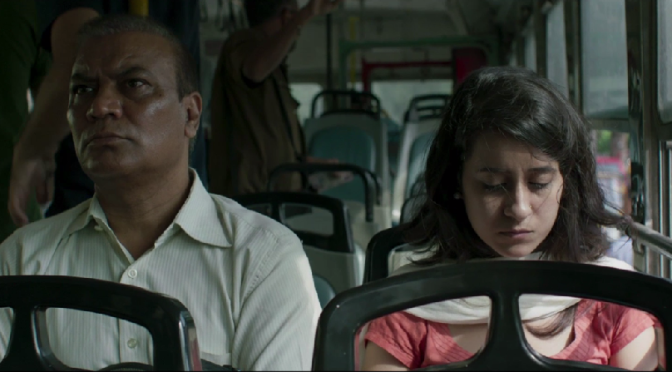 Fatin is an Architecture student from a lower middle class Muslim family, who goes for an interview to seek scholarship from a religious Education Trust, along with her father, Zaheer. During the interview, she gets reprimanded by the interviewing officer, Niyaz Sheikh for not following the religious tenets meant for women.

At the tomb below the trust office, she meets two young girls who are students at the local Madrassa. One of them, Rafiya has fixed notion of being a ‘good girl’ by following the set rules of the religion; the other, Shireen seeks freedom from the same. Fatin has to choose between reinforcing Niyaz’s misogynist dogma and live with the burden of her own muddled morality or stand up for what feels right.

In the process, Shireen, who largely represents girls who are systematically indoctrinated into losing their identity, becomes a catalyst of change for Fatin.

Shazia Iqbal has been working as a Production Designer for over ten years in the Indian film and Ad industry. She has studied ‘Directing for films’ at MET film school, Ealing studios, London.

Bebaak is her debut short. Bebaak is inspired by a true event that moulded her religious, social and political ideology while growing up.