Caught between vice, lust and love, Christopher Begin begins to make his way through adulthood, living in the fast lane fraught with lies and trickery. Driven by his desire to protect his mother, Chris meets his mentor Roger, a masterful conman who will guide his protégé towards the darkest corners of human nature, until the day Chris’ path crosses that of Roger. Suddenly, the consequences of the choices made by Chris can be felt by those he treasures most. Inspired by a true story, uncover the destiny of a young man from a good family who becomes an effective and seductive con artist, crushing the dreams of innocent people in his wake.

Samuel Thivierge graduated from Vancouver Film School. He made his directorial debut in the dramatic short Love Lost (2011) and wrote, produced and starred in crime thriller Dead Simple (2012). In the same year while building up his acting resume, Thivierge was quietly working on his first feature film, La fille du Martin (2013) which he ended up directing, producing and starring in. Thivierge premiered the film at the Montreal World Film Festival, where it was nominated for the Golden Zenith award. 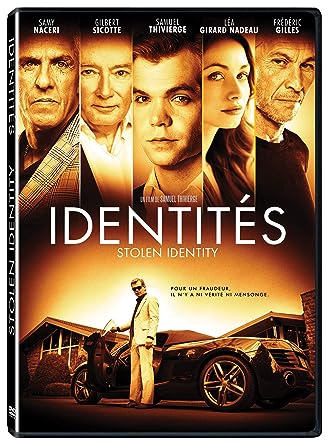