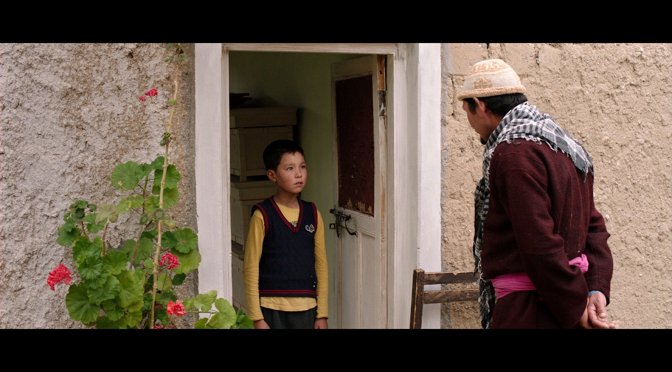 10 year old Tsering lives in the difficult terrain of the Himalayas. One day he accidentally breaks his friend’s school chair. When he decides to bring the chair back to his village, the 7 kilometres long journey back home in mountainous landscape on a donkey, becomes even more arduous than usual. Chair is the metaphor for the awakening journey, quest for inner truth and reality, which people aspire to find in the adult world.

Director Praveen Morchhale is an emerging noteworthy filmmaker from India making films based on his own original scripts that use children in pivotal, non-controversial roles. His films certainly cannot be classified as children’s films as these works, while tugging at the hearts of adult viewers, are essentially humanistic and philosophical in content that is relevant for viewers of all ages. His films are different in many ways from the average contemporary Indian cinema. The titles of his two films Barefoot to Goa (2013) and Walking with the Wind (2017) are in English, while the films are not in that language. Spoken words are minimal though important, while visuals and documentary-like performances dominate. Family values are underscored indirectly in both films. Both films exude positive thoughts, providing viewers with a breath of fresh air, not unlike the early works of the Iranian filmmakers Abbas Kiarostami and Amir Naderi. Director Morchhale, who has been influenced by the former’s works, dedicates the film to him as he passed away while the film was in production. Kiarostami’s evocative short film The Bread and Alley (1970) has a similar treatment of a different story.

While Morchhale’s first film compared and contrasted contemporary urban and rural western India, his latest film is entirely shot in a rural setting of Ladakh, in the northern Indian state of Kashmir, with principal actors playing their real-life roles. Italy’s filmmaking maestro Ermanno Olmi achieved a similar effect in the brilliant Golden Palm winning The Tree of Wooden Clogs (1978). Morchhale spent time over two seasons with the community some 80kms from Leh, while developing the tale and roping in the inhabitants to join the film as non –professional actors in roles close to their own in real life.