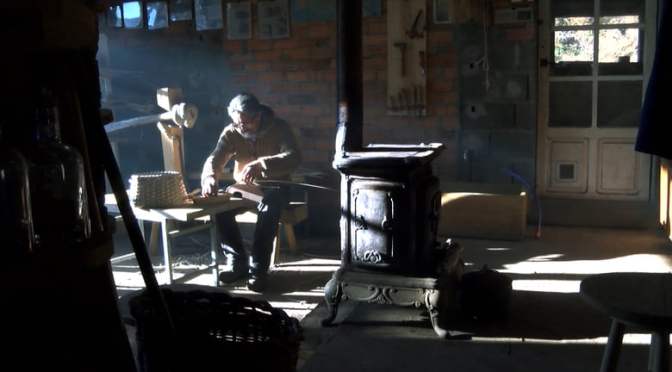 In this world of records and ostentatious figures, Toño do Val can boast of having the best collection of baskets in the world. Because Toño, besides being a farmer, is “cesteiro” and in the small village of Castro de Leboreiro where he lives, the baskets are not an object of worship, but a daily utensil, now of ethnographic value, as well as other trades and objects. of Galicia, were weaving the warp of a people, and the face of a race that already walks to the condition of museum objective.

A documentary that, according to its author, aims to be an “honest reflection” on the loss of a culture and the abandonment of Galician rural “, without neglecting, explains the creative and ingenious personality of the cesteiro, the man who decided to go countercurrent choosing to step on the ground and not asphalt and in times of the virtual and the digital let them be their baskets, the truth that touches their fingers daily.

Plácido Romero Bernardo, was born in Verín in 1952, where he lived childhood and youth. He worked as a History teacher in several secondary schools. In the nineties of the last century he participated in the working groups for the introduction into the didactic practice of the history of audiovisual media. Several of his works obtained prizes and recognition in school competitions. Later, and when he was no longer a professor, he continued to collaborate in institutes with the activities of Plastic and Visual Education departments, in the production of videos that reflected the innovations in that field.