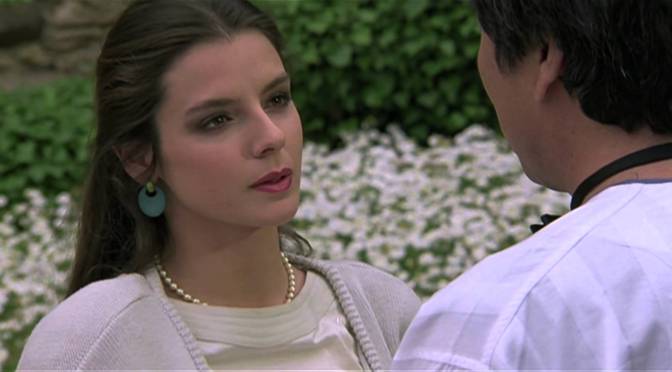 Her sudden jump to the popularity takes place when in 1979, after being crowned Miss Madrid, she becomes winner in the Miss Spain Contest, celebrated that year in Lloret de Mar. In addition, she would be Semifinalist in Miss World 1979 and 2nd Lady of Honor in Miss Europe 1980. The notoriety reached allows her to start her career as a model and above all, make her first incursions into the world of interpretation. Only a few months after winning the contest, the director Pedro Masó claims her to play the small of the children of Alberto Closas in La familia, the third of the titles shot around the adventures of a large Spanish family .

During the eighties she developed a discreet cinematographic career, intervening in not especially memorable titles like the revenge of the black wolf (Duel to death) 1 (1981), the black wolf (1981) (both of Rafael Romero Marchent), the last penalty (1984), by Martín Garrido or Pareja enloquecida seeks mother for rent (1990), by Mariano Ozores. She also made incursions into the environment of international co-productions, working in meals at home (1984) and the armor of God (1987), along with Jackie Chan.

Since the nineties she has focused her appearances on television (in which she debuted in 1983 with Las Pícaras, which she followed a year later Los Desastres de la Guerra, along with Sancho Gracia), and she has been able to find introducing (Rich and Famous, 1990, magazine broadcast by Antena 3 in its first months of existence) and performing (Amor de papel, 1993, telenovela shot in Venezuela, La forja de un rebelde, 1990, by Mario Camus, Calle nueva, 1998, The family … 30 years later, 1999, The secret, 2001 and In the name of love, Televisa 2008).