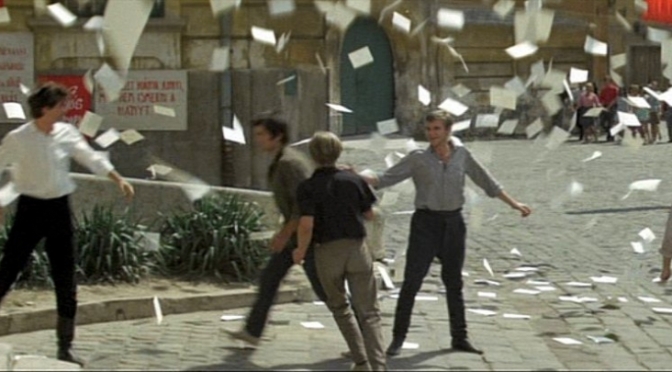 This is Jancso’s first film in colour—muted, dusky colour punctuated by the vivid red of a boy’s shirt and of a streaming banner, with its suggestion of Hungarian bloodshed. It tells the story of protest and rebellion in 1947 Hungary where the Communist Party had taken power.