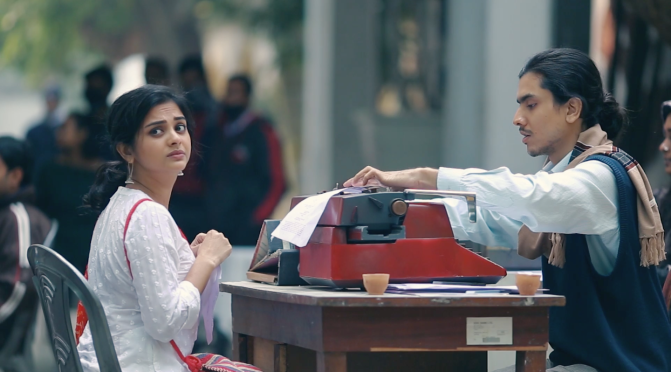 Geru Patra tells the story of a 27-year- old typist, who sits outside the collectorate’s office . One day, his typewriter is taken under police custody as a letter containing information about an uprising is belived to have been written on it . Will he be able to explain and justify the real motive behind writing the letter and prove himself and his typewriter innocent ?

Shristipal Singh is an Indian writer and director, who graduated from Whistling Woods InternatIonal in Mumbai. His diploma film”POSTMAN” got selected for several film festivals. At present, it is streaming on disney+hotstar in india.

“GERU PATRA” is a poetic satire, which is very relevant and on a contemporary theme of the freedom of the individual played against a surreal kafkaesque atmoshphere.