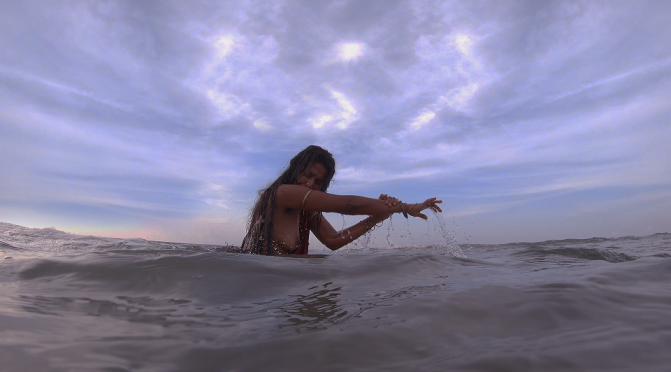 Alborada ( The Dawning of the Day ) is a fictionalized account of famous Chilean poet and activist Pablo Neruda’s time in Sri Lanka from 1929-1931 (British Ceylon at time) as an ambassador: his memoires from his time in Ceylon include a harrowing confession to raping a low-caste Tamil woman, tasked with cleaning his outhouse each dawn.

Although there are many accounts of his life portrayed in fiction and film, this part of the story is often carefully left out. Though his poems about love outwardly sound romantic, they hide within them the exoticization and objectification of women and particularly, women of color. The depiction of a Burmese woman Josie Bliss (widely regarded as a figment of the poet’s imagination) as a “perceived threat, desire and barbarity” in his poem Widower’s Tango, combined with his confession show Neruda’s complicated relationship with women and race.

Alborada is an elaboration of the incident, beginning with Pablo’s first arrival in Sri Lanka. It explores the psychological and the emotional factors behind Pablo’s attraction to a woman bound by her caste: an innocent woman who, unbeknownst to her, played a part in a bizarre fantasy that ended in a sexual assault.

Asoka Handagama is considered as a leader of the third generation of Sri Lankan cinema.  Studied Mathematics at the University of Kelaniya.  He obtained his MSc in Development Economics at Warwick University in 1995. He is also the Assistant Governor of the Sri Lankan Central Bank. His films such as This is My Moon(2000), Flying with One Wing (2002) always tend to explore new forms and narratives.  Amiens International Film Festival, paid tribute to Asoka Handagama for his contribution to development of independent cinema in Asia, at its 33rd edition.  His latest film Let Her Cry is his eight full-length feature.

Fascinating what you say about the film and its analysis of the toxicity of patriarchy, which is now finally being challenged. The ultimate goal of feminism is to replace patriarchy with a more just, egalitarian and kinder civilisation. I think it’s important to take the idols down from their pedestals, because they are flawed people, as we all are, but you can’t cancel their work. If we are going to destroy the work of poets, because they were sinners, we should also destroy the work of scientists, politicians, generals, inventors, musicians and so on. There would be nothing left.” ISABEL ALLENDE.

The script is a fiction that is structured from Neruda’s own memories in “I confess that I have lived” (1974) in the chapter “The Luminous Solitude”, where he describes in seven lines about how one day he sexually forces himself on a Tamil girl, who came from the lowest caste of the Sakkili, who were considered “untouchables”.

Asoka Handagama, an admirer of Neruda’s work, was stunned to read this paragraph of the memoir and for more than ten years entertained the idea of making a film about the incident. But it was not until 2021, in the midst of the COVID 19 pandemic, that this dream would be realized with the filming of “Alborada”. The title was inspired by the name Neruda had given to his Ceylonese friend Lionel Wendt’s house built in the elegant Cinnamon Gardens neighborhood of Colombo. Wendt was a musician, photographer, filmmaker and promoter of the arts in his country.