Deep in the wilds of rural Bengal, eccentric faded aristocrat Raja is living in palatial splendor with his voluptuous mistress Rekha. But their relationship is clearly doomed. While he dances to crackly old songs played on a vintage vinyl turntable, she dreams of swimming off to faraway lands with mysterious strangers. Both appear stranded in antique fantasy versions of India, so it comes as a mild shock when a modern film crew arrive from Kolkata with their laptops and digital cameras, enlisting Raja to help them track down a tiger for a documentary project.

Meanwhile, not far away, former postman Goja has seemingly lost his mind and reinvented himself as a tree-dwelling soothsayer, gleaning sufficient clues from stolen mail to offer plausible-sounding prophecies to his gullible customers. And Munni  is a pre-teen nomad girl who earns a meager living for her impoverished lower-caste parents with her dazzling public displays of tightrope walking. All these narrative threads initially unfold separately, then cross and intertwine.

The Bait is based on a macabre short story by Narayan Bandyopadhyay, which Dasgupta first earmarked for adaptation over a decade ago, but which initially proved too blunt and spare for his maximalist magic-realist style. The film retains Bandyopadhyay’s shock final twist, which crystallizes one of many possible meanings of the title, but also fleshes out his blueprint text with extra characters and subplots. 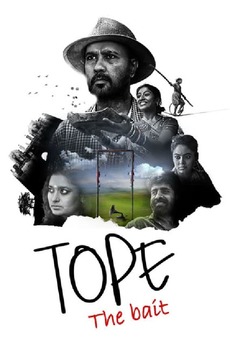