Paangshu revolves around Babanorna (Nita Fernando), a launderer belonged to one of the lowest castes in Sri Lanka. Babanorna is summoned to an identification parade where she identifies Lionel as one of the paramilitary men who abducted her son during the 1988/89 insurgency. While Indika (Jagath Manuwarna), the young public prosecutor shows little or no interest in helping Babanorna finding her missing son, Namalee (Nadie kammallaweera), the pregnant wife of the paramilitary man seeks forgiveness from the launderer. As the prolonging hearings in the dilapidated courthouse continues for months, shameful secrets are gradually unearthed by the defeated rebels, victorious soldiers and those who were crushed in between. 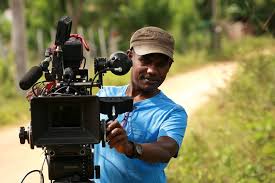 Visakesa Chandrasekaram’s debut film Sayapethi Kusuma (Frangipani) was officially selected to more than 25 international film festivals winning several awards including the Best Foreign Film at 2015 Rio LGBT Film Festival and Dr Lester James Peris Award at 2016 Sarasaviya Film Festival. His second film Paangshu (Earth) was premiered at 2018 Montreal World Film Festival. Visakesa has worked in Sri Lanka as a human rights lawyer and in Australia as a consultant for the NSW Government. He has received a doctorate from the Australian National University for his research on the use of confessionary evidence under counter-terrorism laws. He currently works as a senior lecturer in the Faculty of Law in University of Colombo. 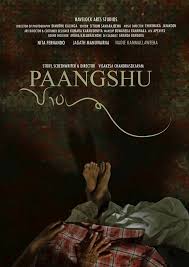