The octopus believes that the hand in front of it is a prey, but it
doesn’t know that behind every hand, there is an arm…

Shirin Abu Shaqra received her MFA with honors in 2010 from Le Fresnoy, National Studio for Contemporary Arts in France. Before entering the artistic field, she studied History and Political Science at Saint-Joseph University Beirut. She worked for a decade as archivist, librarian and researcher, publishing several academic articles.

In her artwork, she uses History for its collective memory, music for its Dionysian effect, and animation for its distanced wit. Thematically, exile and disembodiment are omnipresent elements, love and kinship a constant concern. 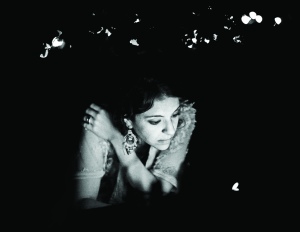 Manuel Maria Perrone was born in 1981 in Bellinzona, Switzerland. Italian and Swiss, Manuel is a film and stage director, poet and actor. Trained in the theaters, he started his career in the streets, which took him to Argentina where he lived for 5 years, exploring the world of masks and objects. He came to cinema by chance. He had a project with a group of old women which led him to a change of language from theater to cinema, for suiting the lack of memory and group energy. Afterwards, he settled down in France, and went on with cinema, while keeping a foot on stage. In 2011, he did a Writing residence with G.R.E.C. in Nice. Since 2011, he’s the artistic director
of Cappuccino Long Street Film Festival (7 editions, 350 Films).

Since 2013, he works with the Agency of Error, a cinema troupe. In 2015, he was part of the Filmmaker Academy at Locarno Film Festival. He’s developing his first feature film La Danza del Quijote.