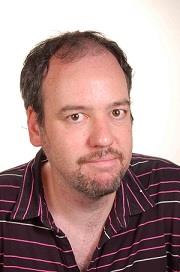 Born in Madrid in 1976, he holds a BA in Journalism and Advanced Studies Degree in Film History from UAM. Journalist specialized in cultural contents has developed his work for different media such as the newspaper “Federación” (CC.OO), the magazine “Muy interesante”, “Onda 6 TV”, the Mexican magazine “Cine Premiere” Correspondent in Spain between 2004 And 2014) or, currently, the supplement “Metropolis” of the newspaper “El Mundo” and the newspaper “Gara”. Member of the editorial staff of the San Sebastián International Festival newspaper, he is also coordinator of the San Sebastián de los Reyes Film and Human Rights Program since 2013.