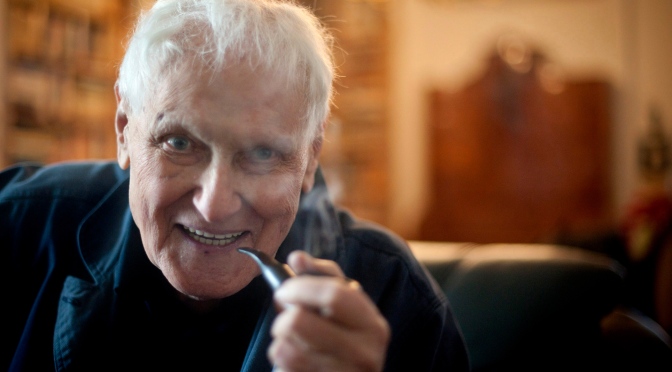 One of the masters of widescreen composition and elaborately
choreographed long-take sequence shots, Miklos Jancso has been
described as the most important Hungarian director of all time (Mira and A. J. Liehm) and the key Hungarian filmmaker of the sound era (Jonathan Rosenbaum). His fervid, transfixing, highly stylized and intensely formalist films are noted for their balletic, brutal study of repression, rebellion and revolution.

Hungarian film-maker Miklos Jancso, who graduated in law and took courses in art history and ethnography, also served the Second World War and was for a brief period of time, a prisoner of war. After the war, Jancso enrolled in the Academy of Theatre and Film Arts in Budapest. He received his Diploma in Film Directing in 1950. Jancso’s debut feature, The Bells Have Gone to Rome was released after the 1956 anti-Soviet uprising which left hundreds of Hungarians dead or imprisoned and thousands of refugees.

Right starting from this first film, Jancso showed an interest in using war as a platform for working with his ideas. In My Way Home, a Hungarian youth is arrested, detained, released, arrested again, and sent to tend a herd of cows together with a young Russian soldier – the two transcend barriers of language as well as nationality to become close friends.
Jancso’s cinema does not conform to narrative or psychological
conventions, but uses themes that are usually found in the screen musical. His films are elaborate ballets, exploring anonymity, power, humiliation and the senselessness of war often by using the Russians themselves as his subjects as in “The Red and the White”. Tyranny is a strong theme in his films, and men and women survive in groups, often singing and dancing. Sometimes the groups split up and realign, and move in different directions, meanwhile the camera weaved in and out unobtrusively, tracking the characters.

Jancso, who’s Red Psalm was awarded at Cannes, was also honoured with a special prize for his lifetime work at the same festival. Brave, committed, transporting, infuriating, harrowing and latterly hilarious, Jancso’s work remains a true gift to cinema.