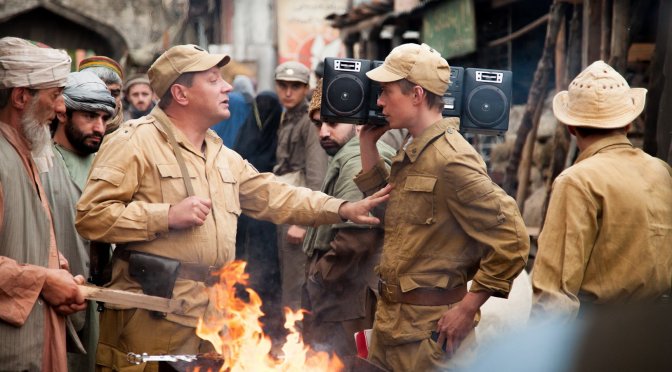 Russian director Pavel Lungin’s new film Brotherhood is out in Russian theaters, but its journey to this point has not been easy. The pacifist film,  which depicts the withdrawal of Soviet troops at the close of the brutal Afghan war, struggled to attract funds despite approval from prominent veterans. After a successful premier, the film raised hackles among some government officials, most prominently Senator Igor Morozov, who called the movie “unpatriotic.” After Morozov’s criticism came to light, Russian culture minister Vladimir Medinsky asked for the film’s government-approved public release date to be pushed back by a day so that it would not coincide with Victory Day,  which is celebrated on May 9. In advance of the film’s release, Sasha Sulim spoke with Lungin about making Brotherhood and watching Russian society grapple with its demons.

Pavel Lungin may have directed Brotherhood, but the primary initiative pushing the film forward in times of trouble was not entirely his. Nikolai Kovalyov, a former army general and FSB chief, prompted the film’s creation and watched it pass through its early stages before he died in April of 2019.

“In many ways, I stretched all this because of him. It seemed to me that he really needed this,”  Lungin said of Kovalyov, who served in Afghanistan as an intelligence agent negotiating passage through the country for Soviet soldiers. Lungin speculated, “He [did this] because of a sense of debt to the guys: some of them disappeared, some of them left [Russia], some of them started raising bees or geese, all of them have stomach ulcers, all of them are unhappy, and all of them are sick.”

February 2019 marked the 30th anniversary of the Afghan invasion’s conclusion, but Lungin said it was Kovalyov’s urging, not the timing in itself, that led him to make Brotherhood when he did. Ultimately, Lungin’s son Sasha wrote a screenplay inspired by conversations with Kovalyov. The director, who himself has no military experience, said he simply liked the result, which portrayed “a kind of collective life” instead of focusing on a single protagonist.

Making the film wasn’t cheap: it required mountain scenery, which the crew ultimately found in the Northern Caucasian region of Dagestan rather than leaving Russia for landscapes closer to Afghanistan that would have been more expensive to film.  When asked why he faced difficulties raising money for Brotherhood, Lungin explained that Russian cinema is rarely profitable. “Movies that are trying to be artistic in some way and movies that are only trying to make money — everything gets lumped together,” he said, adding that theater is more of a booming business in today’s Russia than cinema. 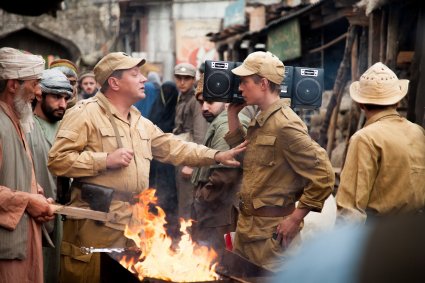 Ultimately, the movie got half of its budget from Russia’s state-run Cinema Foundation and half from an investor who had nothing to do with the Afghan War but, like the director himself, liked the screenplay.  Lungin emphasized that funding difficulties arose despite his and Kovalyov’s repeated attempts to speak with “an enormous amount of patriotically inclined people, Afghanistan veterans” who reacted enthusiastically to the film but ultimately decided not to invest in it.

Once his funding was secured, Lungin seemed not to encounter too much hostility as he and his crew traveled to Dagestan. He said he admired the people he met there, enjoyed the scenery, and even received military equipment for use in the movie from the Russian army with Defense Minister Sergey Shoigu’s permission.  When asked why the “patriots” he approached were reluctant to invest in Brotherhood, Lungin said, “Patriots don’t do anything for their country, but the country does a lot for the patriots.” He rejected the idea that they simply wanted to avoid the topic of the Afghan War; instead, he said, “They don’t believe, they don’t love, they don’t want anything.”

Brotherhood’s premier sold out, and Lungin quipped that many of the audience members were Afghanistan veterans who “can hardly be accused of liberalism.” “Their overall impression was very good,” he added, but the director still suspects that someone in the theater wrote a letter complaining about the film that ultimately led to Senator Igor Morozov’s involvement.  Lungin voluntarily arranged a screening at Morozov’s request, and that’s when the trouble started. 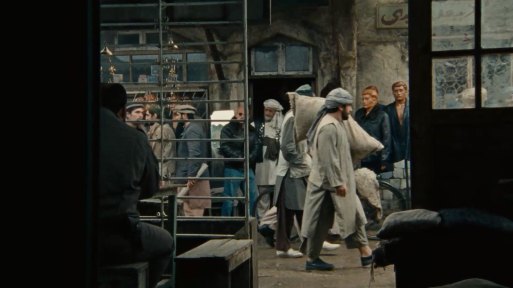 According to Lungin, audience members at the screening began standing up and screaming in anger at the film, launching accusations that it was funded by the CIA and that it was too unpatriotic to be shown to Russia’s young people.  Calling the whole scene “Kafkaesque,” Lungin added, “They were saying with tears in their eyes, ‘A general putting a glass of vodka to his lips! Nothing like this ever really happened!’” The director suspected that they actually objected to the film’s pacifist leanings. “I think the film turned out to be entirely patriotic,” he explained, “Well, I’ve had a harder time lately figuring out what that word means, but the film has a lot of individual courage in it and a lot of decisions and actions that I like.”

Lungin suspected that those who objected to Brotherhood did so out of a mixture of personal opinion and external pressure that he said is characteristic of contemporary Russia: “Not long ago, I found out about the survey that said 70 percent of Russians like Stalin. But they don’t actually like Stalin!” The director conjectured that Russians who try to predict and match the central government’s favored zeitgeist often come to believe fully in what they see, creating a dangerous trend of “censorship from below.”

However, he cautioned against a simplistic view of the Russian government and those who support its implicit aims. When Lungin spoke with Russia’s Minister of Culture, Vladimir Medinsky, the latter told him he liked the film and would show it to his father, who fought in Afghanistan himself.

Lungin acknowledged that he sees a division in Russian society between a Soviet culture eager to shut down dissent and a more contemporary culture that sees a measure of truth in films like his. Nonetheless, he emphasized that individuals who are accustomed to thinking of the Crimean Peninsula as Russian territory, feel nostalgia for the Soviet era, or otherwise take ostensibly conservative positions shouldn’t be judged out of hand because they have the right to form opinions on individual issues rather than taking a single broad stance. “I’d like to preserve my right to be my own self,” he said. 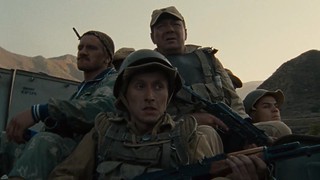 Part of the push toward political simplicity that makes Lungin feel so wary lies in what he said is a recent shift toward financial aims in Russian cinema that helps prevent movies from unpacking complicated, repressed social histories. Reflecting on the release of his 2006 film The Island, which addressed controversial religious themes but did not face substantial public backlash, the director said “some kind of awful internal intolerance” has appeared in Russian society.

Nonetheless, he argued, he has not been the victim of censorship, whether “from above” or “from below,” because Brotherhood was released in Russian movie theaters entirely unchanged.  Lungin emphatically defended his love for Russian life and said he pities those who emigrate. He explained, “Nothing can compare with the intensity of our life here, with its electricity, the number of things happening, exhibits, presentations, or just parties. There’s nothing like it anywhere.  This passion for life that I love so much, I’ve only found it in Moscow.”