Written by Shoma A. Chatterji

To make a short film stripped of stars, technical razzmatazz, much of a story, and even dialogue, would be a challenge for any filmmaker. Manoj Michigan, who has been making feature films in Bengali with strikingly out-of-the-box subjects has just made I Reborn, a 20-minute film that explains the cycle of life through a warm story of a young Dom whose name we do not come to know.

Doms belong among the lowest ranks of the Dalits, themselves at the bottom of the Hindu caste hierarchy, and denied upward movement within it. Some are employed as farmers or weavers, but many earn their livelihood through the ‘business of death’, as undertakers. Few have ventured into making films revolving around the Doms, whose traditional occupation it is to cremate the dead among the Hindu community.

In I Reborn, Michigan weaves a beautiful, visual tale with stunning sound design to narrate the film. Excerpts from an interview:

Why the title I Reborn and why in English?

There are many analogies I draw from this title. Basically it embodies the different stages of a person’s journey in life – born as a son or daughter… reborn as a husband or wife… reborn as a father or mother… where your outlook and responsibilities change; your attitude and demeanour change.

But you carry on with your existence, play each part and move to the next… even as death and life run their cycle.

As the film was silent, I thought of giving it an English title for a universal perspective and it sounded better. 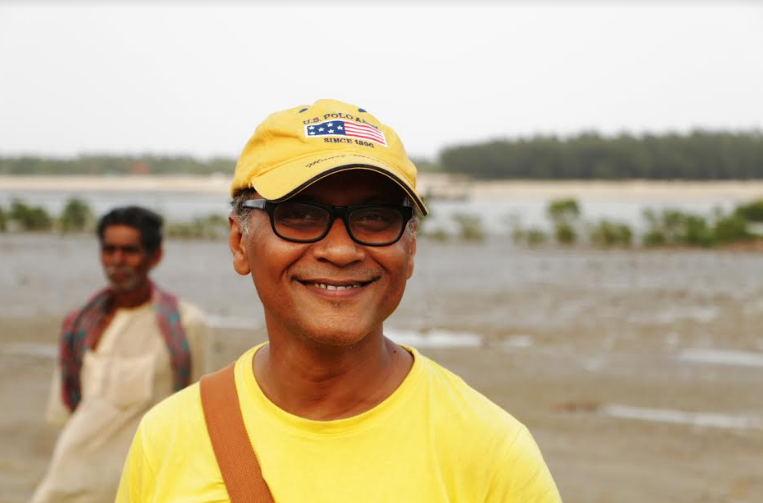 What is the film about?

I Reborn opens a window to the world of a Dom undertaker living in isolation with his aged father in the backwaters of the Bay of Bengal. He carries his duties as a son taking care of his almost paralysed father. His father observes his son cremating the departed relatives of the villagers nearby. Suddenly, one day, life enters their cocooned world in the form of a baby that gives a completely alien perspective to their outlooks.

The cycle of life and death takes on a new meaning when the familiar face of a woman, who had aroused his inner craving for his own family, arrives as an abandoned corpse at his doorstep. I Reborn is the awakening, rising, dying and the re-awakening of this eternal universal cycle that we all invariably travel on.

What motivated you to make the film?

The core idea of a Dom isolated finding a woman’s corpse was given to me by a close friend, Ranjan Bandyopadhyay way back in 2013. I wrote a draft of the screenplay where I developed the idea and added other characters to it.  We somehow never got around to making it then, but it was always there with me.

Death and its various moments and characters have always fascinated me, so this was one project I knew would happen. What was difficult was to formulate the screenplay, and convey the relationship between father and son – pointing out the nuances, roleplay, emotions, anger, joy and ultimately the realisation of the end and the beginning.

What made you strip the story of dialogue?

It was a huge challenge to strip the film of dialogue. I knew the visual communication was very important and to tell the story with body language and expressions alone required brilliant actors. That we were all blessed with.

But ultimately it was also the character of the soundscape designed that lifted the film to its peak. The sound of the sea, the axe, the stick, the burning pyre and the baby crying were elements that enhanced the narrative. And the dialogues became redundant. I now am in even greater awe of masters of cinema like Charlie Chaplin and others who lived in that silent era, creating cinematic masterpieces.

How did you choose the acting cast, especially the baby?

Debopriyo Mukherjee, who plays the son who actually burns the dead bodies, I met in 2015. I liked his eyes instantly as they have this inherent power to communicate. I saw some of his performances on television and on stage and knew we would work together some day.

During casting when I was rereading the draft of the screenplay written in 2013, his face came up and the rest of the pieces fell in place.

We got the baby through an associate director only through a photo and once we saw her on the floors, it was love at first sight for all of us. Her smiling face kept us motivated right through the shoot. 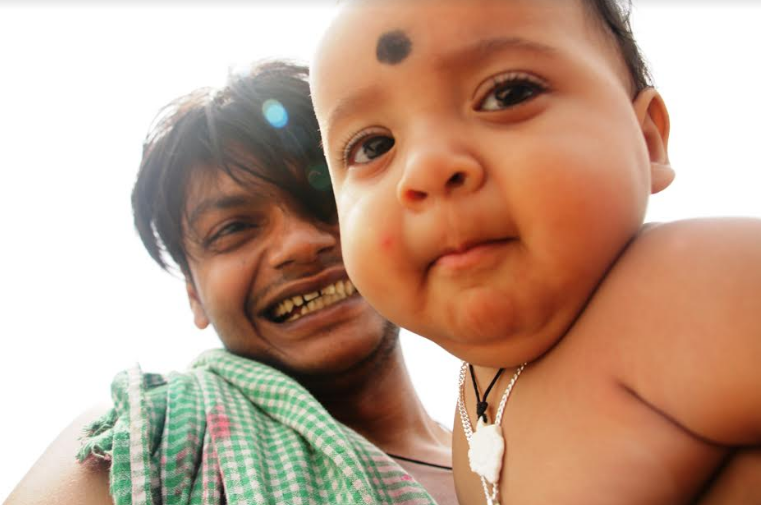 Where was the film shot? The sea is devoid of people, with few sounds.

Both my cinematographer and I initially conceived a barren landscape somewhere, may be in Purulia. I think it was Supriyo who came up with the idea of the seaside. We began exploring the beaches of Bengal and froze on Tajpur.

I want to compliment the art director Tapan Seth who got the local villagers to help him construct the hut on the beach without disturbing the environment. The entire team, my cast and crew made the film happen with their hearts.

Is there a message or statement you are trying to get across through the film, or you are just narrating a story?

I never ever try and give a message in any of my films. What appeals to me is a story, an idea, a concept and how I can or will present it. I realise there is perhaps a message in the film, when my viewers tell me that they were thinking about the film long after they finished watching it.

With I Reborn which has only been screened to small, invited audiences till now, viewers who watched it have given it their own interpretations, their own takeaways and their own analogies of their experiences related to their own lives.