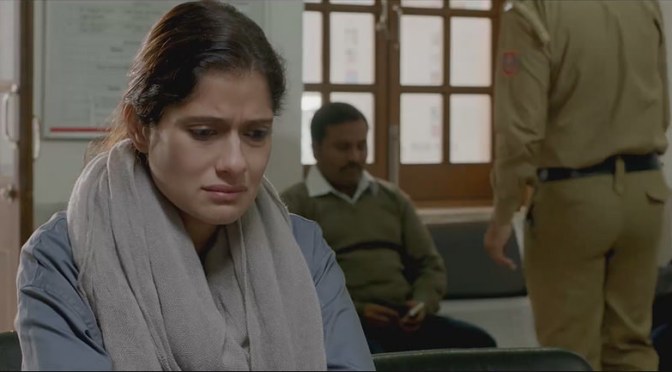 Aman (Ranvir Shorey) is a real estate broker who desperately wants to escape his middle-class life and often skims money from the multinational company he works at. When he gets hold of a big deal, he hides it from his boss and instead shares it with a local dealer named Raghuveer to get a bigger share of the money. He starts planning a lavish future for his wife, Divya (Neha Dhupia) and himself based on the expected financial returns. In a series of unexpected events, the deal snowballs out of his control, putting their lives in danger. To get out of this mess, he involves his begrudging wife in a desperate white-collar crime that snowballs out of control and leads to unimaginable consequences.

Munish, an ever smiling lad is as simple as he is deeply passionate about making movies. Having been associated with theatre right from his college days where at prestigious SRCC, he didn’t just master academics and refrained from showing off his excellent academic grades unlike the rest of the youngsters complexed by ever demanding parents (have you watched 3 idiots yet), he saw in movies a calling for his life. While on the theatre stage he immerses himself in the depth of candid expressions, behind the grueling directorial seat, he engulfs in loads of creative challenges which he artfully navigates to make poignant cinema.

Munish Bhardwaj graduated from the Film and Television Institute of India in 1993. His thesis film (‘The Tutor’ – 35mm, B/W, 32 mins) was based on Dostoyevsky’s Crime and Punishment. He Has worked on films of directors Rajat Kapoor, Kumar Shahani, Mani Kaul and Sashi Kumar.
Munish was the Executive Producer of the Critically acclaimed 2013 Rajat Kapoor directed ‘Ankhon Dekhi’ (Before my Eyes).
He has also have written for TV series such as ‘Bhanwar’ (Whirlpool), ‘Rajdhani’ (The Capital) and ‘Hadsa’ (The Incident) in the past.
Munish has been involved with Theatre as a Director, Actor and producer for over 25 years.
‘Moh Maya Money’ is his first feature as a Writer and Director.