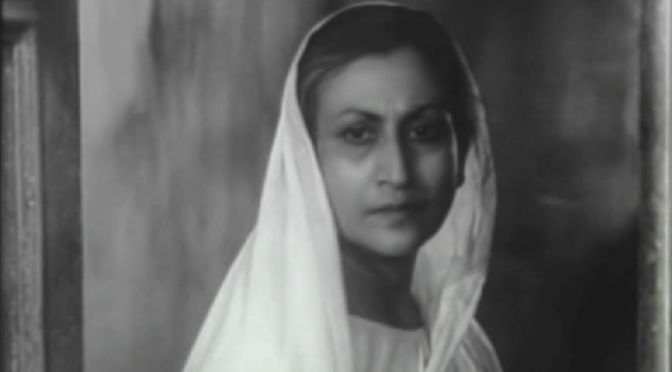 This film is considered to be the second of Calcutta’s trilogy of Mrinal Sen, the others are Interview and Padatik. Calcutta 71 is a collection of stories that represent the seventies and shows the naxalite activity, the hunger of ordinary people, and social and political corruption. The first story is about a low-middle-class family staying in a cabin in a slum area. On a rainy night they are forced to leave the house and move to another safe haven, but they find that many others have already taken refuge before them. The second story is about another middle-class family of mother and two mature daughters who could not cope with hunger and poverty and succumbed to prostitution. Their cousin Nalinakhya, who lives in Delhi, comes to visit them and knows the hard reality. This story is based on a real story by Probodh Kumar Sanyal called ‘Angar’. The third story is a middle-class rural family where the eldest son of a family is involved in smuggling rice into the city, leaving his school and his education. It is a criticism of the way of life and the attitude of the rich. The fourth story is about the upper-class society of Calcutta, singing and listening to a concert of music with cocktails and without any exposure to ordinary people. A high-class man talks about philosophy and says he is very disappointed about the condition of the poor in India. He is actually a hypocrite, who exploits the poor employees of his factory and makes money by torturing them.

Mrinal Sen was born in 1923 in Faridpur, now Bangladesh, hi’s a bengalí writer and director. Studied science in Calcutta; worked as apprentice in sound recording studio, as journalist and medical representative. Read voraciously about cinema and aesthetics; also reviewed films. Associated with the IPTA (1943-7) and remained active in Left politics. Early influences include Arnheim’s writings. Authored book on Chaplin (1951) and Bengali translation of Karl Capek’s The Cheat (1946). Directorial début in 1956 and his 2nd film was banned for two months by the government. His Bhuvan Shome, made in Hindi, was a commercial success in Bombay and is said to have pioneered the New Indian Cinema, generating the 70s debates about low-budget alternatives to commercial cinema. In his films Sen has consistently and unambiguously downgraded notions of artistic ‘originality’ and deployed a wide array of influences from Glauber Rocha’s early work to Truffaut (Akash Kusum) and from Augusto Boal’s Theatre of the Oppressed to Fernando Solanas and Octavio Getino (the Calcutta trilogy: Interview, Calcutta ’71 and Padatik), Fellini (Akaler Sandhaney) and most recently Bresson (Khandhar). Best- known 70s work evoked the radical currents of Bengali theatre and folk forms, achieving a freewheeling style Sen later described as ‘playing around with tools as often as I could, as a child plays with building blocks. This period was later commemorated by Reinhard Hauff in his documentary Ten Days In Calcutta: A Portrait of Mrinal Sen (1984). 80s work, introduced by Ek Din Pratidin, returns to a storytelling style he presents as a more contemplative way of advocating ‘a greater awareness of reality’. In addition to scripting his own films, also wrote Ajit Lahiri’s ‘Joradighir Choudhury Paribar’ and Ajoy Kar’s ‘Kanch Kata Hirey’ (both 1966). Published books on cinema: ‘Chalachitra: Bhoot, Bartaman, Bhabhishya’ and ‘Views on Cinema’ (both 1977), and ‘Cinema, Adhunikata’ (1992).