By JYOTHI VENKATESH  for  BOLLYY

You made your debut with the Malayalam film Unto the Dusk in 2014 which was showcased at IFFK, Bengaluru Film Festival and MAMI when you were just 26 years old.  Ayaal Sassi was your second Malayalam film as a director in 2017.  Your latest film Biriyaani has just won the Best Film award at the recently concluded 12th Bengaluru International Film Festival. What inspired you to make Biriyaani?

My debut film Unto the Dusk,  questioned conventional mores and sanctity of familial bonds. Ayaal Sassi, my second film, tracked a man’s desperate craving for publicity and how he would go to any length to become the cynosure of all eyes. The plot of my third film Biriyaani was culled by me from a childhood event which has ingrained in my mind.  I have always been passionate about Cinema right from my childhood.

You have explored existential problems and spiritual crises facing your characters.  What kind of themes interest you as a filmmaker?

When I directed my first movie, I was just 25 years old, and like any youngster, I too had lot of questions within myself which I tried to put it through my movies.  There were still a lot of it especially concerning the religion which was further explored in my second and now Biriyaani is my third film.  I can definitely say that such realistic societal issues are of interest me yet in my next I would want to try something more fictional and thriller genre.  It is difficult to express in words on what I have learnt, in fact I try to express it through my visuals.  Biriyaani was produced by my friend under the banner of UAN Film House.  The producer told me that though he had financed my film, he would see the film only after it was completed.

Your characters are inspired by news headlines. Their problems have an ageless, literary quality.  How did you set out to cast your actors?

I am of the opinion that such issues that we read day in and out, especially lot of people joining ISIS from Kerala had been doing the rounds of headlines from quite some time.  It has definitely inspired me but many a time, how society treats their kin, how their life and livelihood is affected are never looked upon or discussed.  Most of the actors are from theater background.  The one playing mother role, J Shylaja is from NSD. Surjith Gopinath, Anil Nedumangadu,Thonakkal Jayachandran, Master Pranav, Bhasurendra Babu, Syam Reji,  filmmaker Sanal Kumar Sasidharan, playback singer Pushavathy and Kani’s mother Jaishri and father Maitreyan have played other characters are also from theater background.

How did you zero in on Kani Kusruthi for the role of the protagonist?

While writing screenplay, Kani was already in my mind for the lead role.  And I am very happy with her performance. It was much easier for me with the way Kani approaches a film or a character.  When I was writing the subject for Biriyaani, I thought of Kani for the title role of Khadeeja since I know her for the last decade.  Kani who is the live-in girl friend of filmmaker Anand Gandhi who had made the film The Ship of Theseus, has earlier acted in films made by well known directors like Sathyan Anthikkadu, Santosh Sivan and Lenin Rajendran and has also had a stint in theater in Kerala.

Since you have tackled an explosive theme, how tough was it for you to shoot your film in Kerala?

It is very difficult to make a political movie in India.  I shot my film in Varkala and Athankara in Thiruvananthapuram and Tamil Nadu respectively,  I shot some darga sequences in Tamil Nadu but after a couple of days of shooting some local Muslims refused to let me shoot my film because they felt it would tarnish their reputation and believe it or not, I stealthily shot my film guerrilla style the next few days there without permission but after we were thrown out, I erected similar sets in Chitranjali Studios in Kerala and shot the remaining three to four sequences. 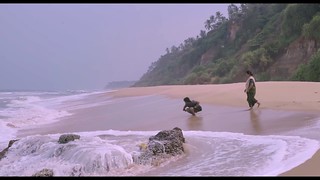 What do you hope to communicate with your film Biriyaani?

The film began with a thought of what happens with family or closed ones of people named to join ISIS. At the same time, how Muslim religion expect a women to be confined to the four walls of their house,  I have seen it from close quarters how they are treated that eventually became part of this movie. More than the religious issues, through this movie, I am trying to bring into picture what a women, be it my mother, my sister or my girl friend faces in their day to day life, their lack of freedom be it sexual or any other kind both in their own family and from society.  If we see only the sexual aspects, how majority of the men see their women as an object of fulfilling their desire, is also an area that I have tried to capture or showcase. It is sad but true that 70% of the women in Kerala are subjected to sexual exploitation, including my own mother and sisters I decided to make the film from the woman’s point of view, when few years ago,  I was undergoing a crisis that made me realize to start thinking being in a women’s shoes. Perhaps there was a paradigm shift all together, say for example how fear creeps into a woman and how society plays a role.  Such thoughts eventually led me to place my story from a women’s point of view.

The film has many bold touches in the way that both religion and sexuality have been explored, though you are also a Muslim yourself.

Honestly from past 15 years I am not practicing any religion, I have seen these issues very closely in growing up years.  Perhaps, more than what women from other religions may face, as I have encountered more from Muslim background especially in rural areas.  I have had chances of researching further while scripting this. 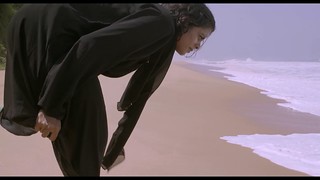 In how many days did you shoot your film and in what budget?

I shot my film in a span of just 34 days, with a crew of 25 people.  I did not draw any salary but I shot in a budget of around 60 to 70 lakhs.  I managed to get a subsidy of two lakhs from Kerala government and yet another two lakhs from Bengaluru International Film Festival as prize money for my film. I am planning to distribute my film on my own in Kerala on a modest level in around 30 theaters.

How did you get into the issues faced by your female lead?

Many a time I have felt that irrespective of gender, as a human, we would have faced such issues. In India, we see this from our own family or society, be it male, female or transgender.  I have tried adapting it in my female lead’s life. 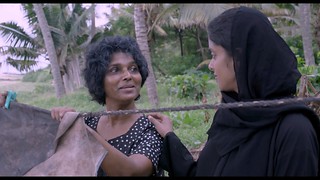 Did you set out to make a controversial movie in the first place?

I am not here to drive home any message or have a controversy. There are other avenues like sms, poetry etc for messaging.  As my film demanded a bold approach, I too did it as we see it as much as possible. In fact there is nothing newly formed or shown through this movie, just that its existing in real world. I wish it is seen in the right perspective. As a film maker, I did not consider much about it censorship, I tried to make it the way I visualized it. Mine is a audio visual experience. We did not even consider opting for a particular format. We expected film festivals to support, though we don’t know its criteria, also if digital platforms may also buy it. I am glad that after I decided to cut a couple of sequences, the Censor Board liked our film and supported me and hailed it as a bold film and did not dilute the contents or ask us to compromise on it’s true essence.

How challenging was it to film Indian actors who are not afraid to perform nude scenes or love-making scenes?

Definitely in a place like India, it’s a bit challenging though according to my actors, it was same like performing any other scene. Kani comes from a progressive background and is of the opinion that as far as acting is concerned, nudity is also a way of expressing emotion just like exposing your face or hand or leg.  Her mother is a doctor and father is in the forefront as a social activist in Kerala. This sense of understanding along with awareness of what the script demanded made my job easy as a director in filming such bold scenes.