Modhura, tell us about yourself.

My parents are photographers by passion. My father especially is an award winning photographer. I was hence initiated in the process of image making at a very early age. Then I really got interested in cinematography when I was enrolled in mass communication and video production courses at St Xavier’s College (Kolkata) where there was a small studio. Here, we could do small lighting set ups and shoots. It was during that time I realized that I really enjoyed that activity and wanted to do more. Those were the days when I had the adrenaline rush thinking, ‘what should I do next’. I felt that this was what I wanted to do for the rest of my life.

Being the only female in my class was a very challenging and fun experience. I had to work as hard as the boys, sometimes a little more. It was like trying to figure out my own identity in between a different world view of the majority.

What was it like being a female cinematographer in India ?

The women who are doing cinematography in India are warriors. They are fighting a battle against patriarchy, social norms, the biological system, everything. Balancing kids and 100 men crews. Lighting up lives and lighting up floors. There aren’t nearly as many women as there are men. But the numbers are growing, Slowly and stealthily. We would love their number to grow even more. There simply aren’t enough of women in cinema. Unfortunately, It is still considered taboo. The general acceptance is cinematographers should be burly men, handling the camera like a football player. Women cinematographers are a big culture shock for many. Women DOPs are that weird breed that traditionalists don’t understand how to deal with. On set, it is difficult for many to take orders from a woman. The idea that cinematography is a ‘manly’ job is a problem. They have ‘gender stereotyped’ a job and assigned social parameters to it. Breaking it is still an uphill battle.

But it’s slowly changing. India now has many senior, female DOPs doing fantastic work. Not only small, alternative films but commercially successful and popular films of all sizes, budgets, and genres. This helps break down barriers and allows the Indian Film industry to become more inclusive.

What is the role of the IWCC in India?

IWCC is ‘heaven’ for female DOPs in India. It brings together all us under one roof. We, the younger DOPs, get inspiration, advice and mentorship from experienced, senior role models. It has given us an opportunity to reach a level of exposure that is almost impossible to obtain individually. It’s like a pool of similar thoughts. Focused communities for women professionals are very important. When we are together and pulling each other up, we are like an indestructible force. Also as a collective, women understand what they face in a particular area of work and how things are systemized. The problems are better understood and addressed. It helps the new ones cope and avoid certain pitfalls. Such communities help to build a better, healthier system overall.

Indian film is slowly going through a metamorphosis. It’s changing its form. It’s breaking away from its typical form of only dance music entertainment to more international content. Broader storytelling and narrative filmmaking have become increasingly popular. Big budget films are no longer the winners. That is a huge change for an industry which believes in numbers religiously. Entertainment for Indian audience is very important. But it’s not the only thing that is pulling them to theatres. Entertainment with unique, fresh content seems to be the winner now.

How would you define your role as cinematographer ?

The role of the cinematographer is like salt to food. It has to be something that makes the food tasty if used in the right amount. If given less or more it can affect the whole taste of the food. I don’t like to leave a signature and I believe that there shouldn’t be a cinematographer’s signature per se. I feel every story is different and should be told in different ways. The camerawork has to be in sync and an organic process of developing the story. Our camerawork should not stand out, but carry the story forward because we are technicians and craftsmen. Our job is to make a director’s vision transcend on a different level; to execute it and make it work. It is not an area to show my own work, it needs to be collaborative. I try to be true to the story and have the director’s vision executed as much as possible the way he or she wants it, only adding my inputs when appropriate. I believe an image should be pleasuring to the eyes, having purity in its frame. I try to capture the small moments and the essence of the story more than anything else. I love shooting narratives. Especially experimental narratives that let me create images that are not the typical classical ones. Some of my most loved films include In the Mood for Love, Apu Trilogy, The White Balloon, Double Life of Veronique and many others. I wish I can shoot with Wong Kar Waï. I love his visual poetry.

Have you ever heard of Angénieux ?

I first heard about Angenieux in my film school, the SRFTI – Satyajit Ray Film and Television Institute. It was always a name used whenever we used to talk about reliable and sharp zoom lenses. Angenieux is a known brand in India. As I know a lot of Indian DPs who use Angenieux zooms on many mainstream Bollywood films. I haven’t used any Angenieux lenses yet as I have not had the budget in my production to afford them. I would love to test the Optimo Ultra 12x, because I’ve heard it to be one of the best zoom lenses around. It’s famed for its sharpness and versatility to be used with various camera formats. It must be a very exciting lens to play with.

Do you know Bruno Delbonnel who will receive the 2019 Angenieux ExcelLens ?

I have always been in love with Bruno Delbonnel’s work in Amelie. It is one of the most visually stimulating pieces of work that I have seen. It is refreshing and very exciting. I also really liked his work in The Ballad of Buster Scruggs. I have always liked the bold use of colors in his cinematography. He has always been one of those DPs that I have looked up to. 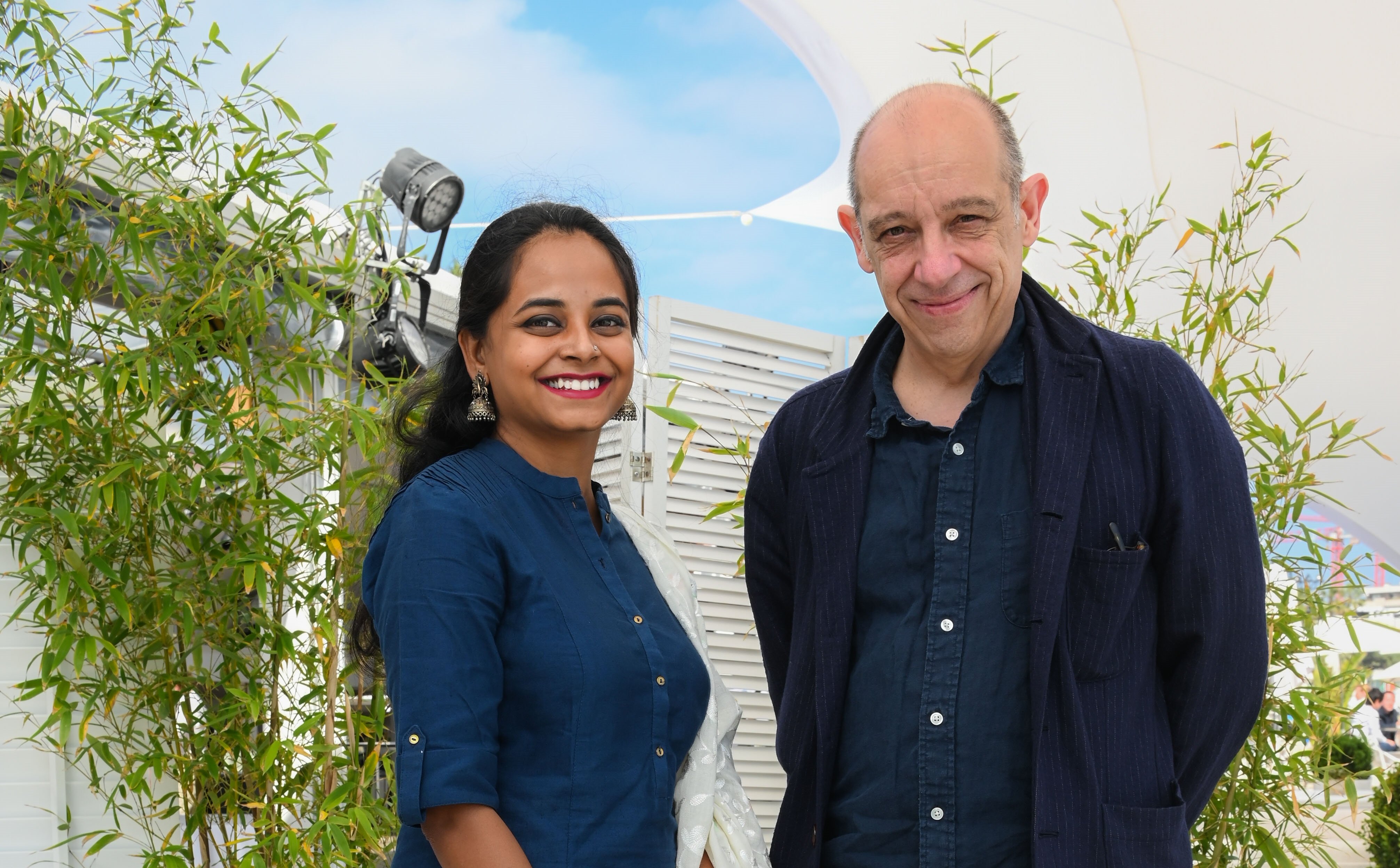 How do you feel two days before receiving the Angenieux 2019 Special encouragement in Cannes ?

When I first got the email, I did not believe it to be true. I thought it to be a spam like all those push messages of winning a million dollars! I was very skeptical about it because the recognition is huge and it came out from nowhere. I was really shocked. It took a lot of time for the feeling to sink in, to believe that it has actually happening. Yes, it is one of the most memorable things that has happened to me and I am quite numb by all the happiness.

I feel very overwhelmed, excited, and nervous. It is perhaps the biggest moment in both my personal and professional life. And I’m out of my mind as how to react. Happiness is too small an emotion right now to express how I feel. I’m thankful to Angenieux for giving me this opportunity. This shall motivate me to push myself further to do better and create even more meaningful work.

To know more about Madhura Palit, you can visit https://modhurapalit.wixsite.com/modhura