Gudh reminisces those childhood memories, which perhaps everyone went through in life. Those obscure moments etched into our memories, which we find hard to correlate as grown-ups. It’s about Ajay, his childhood, his love for his mother, his village, its ongoing revolution and the changes it brings forth. 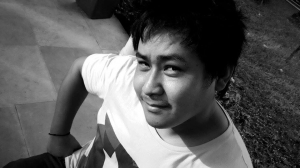 Saurav Rai is a direction and screenplay-writing alumnus from the Satyajit Ray Film and T.V Institute, India. A Nepali language film titled Monsoon Rain was his first short film on celluloid; it had its world premiere at the 34th International Munich Film Fest (2014) Germany, in official competition, as well as in International Documentary and Short Film Festival of Kerala/IDSFK, 2014. He believes in simplicity and takes keen interest in the folk tales, mythology of his village life and tries to internalize these themes in his films. Gudh(Nest) is his diploma film from the institute.