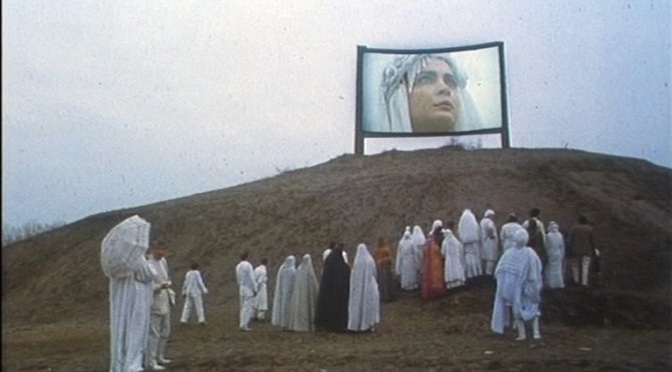 Hamid Hamoun who is an executive at a leading import-export firm, lives with his wife Mahshid who is a budding artist in abstract painting. Mahshid hails from a rich family but marries the middle class Hamoun after falling for his intellectual tastes and progressive thinking.

After 7 years of marriage Mahshid who was once very much in love with Hamoun begins to see him as a constricting force against her desire which is to do something meaningful with her life. Hamoun who wishes to pursue a career as a writer while simultaneously preparing for his PhD thesis, occasionally takes out his frustration at his wife. Mahshid soon demands to divorce him.

Hamoun is shocked to find out that his wife no longer loves him anymore. The story depicts Hamoun’s incapability to deal with the reality of losing his wife and living with his unfulfilled dreams. The subsequent scenes portray Hamoun’s realisations coupled with dreamlike sequences resembling those from various Fellini’s movies.